ISMA Returns to the High Banks of Monadnock Speedway after a 40 year absence. 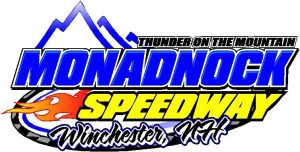 ISMA Returns to the High Banks of Monadnock Speedway after a 40 year absence.
By Ryan Lawliss

Winchester, NH: For the second time, Mother Nature has forced Monadnock Speedway to postpone the highly anticipated event of the year, the Genden Auto Parts ISMA 75 presented by T-Bird Mini Marts. The event was originally scheduled in May however, the forecast of rain halted the special event and was postponed to June 23rd. This past Saturday, rain showers covered the region once again forcing the event to be postponed to this Saturday, June 30th.
END_OF_DOCUMENT_TOKEN_TO_BE_REPLACED

Winchester, NH: This past Saturday, Monadnock Speedway’s race event was cancelled due to rain. This Saturday (May 19) the ISMA Supermodifieds will kick off their 2018 season in the Genden Auto Parts ISMA 75 presented by T-Bird Mini Mart. It will be the first time in roughly 40 years that the Supermodifieds have raced on the quarter mile high banked oval of Monadnock Speedway. Legendary driver, Bentley Warren, will be the Grand Marshall of the event.
END_OF_DOCUMENT_TOKEN_TO_BE_REPLACED

Matthew Wiernasz
WINCHESTER, NH- One of the most iconic names in motorsports Bentley Warren will be the Grand Marshall for the CARQUEST Genden Auto Parts 75 Presented by T-Bird Mini Marts.  It will be close to four decades that the Supermodifieds have raced at Monadnock.
” Both things are great actually both things are fantastic. I raced a midget up there one time. It should be a very good Supermodified track because the Supers are so darn fast and the caliber of cars and drivers are just unbelievable.” Warren Said

END_OF_DOCUMENT_TOKEN_TO_BE_REPLACED

WINCHESTER, NH- Mike Ordway, Jr and Clyde Booth will team up for the 2018 ISMA season when they kickoff with CARQUEST Genden Auto Parts 75 presented by T-Bird Mini Parts on Saturday, May 19. The plan is to run the full schedule in 2018.

” I believe the main challenge will be learning which grooves these types of cars like. Along with how everyone else is going to learn the racetrack. These will come with the opening day challenges of any year with new racecars, redesigned racecars, and people just trying to get the bugs worked out on opening day in general.” Ordway, Jr Said
END_OF_DOCUMENT_TOKEN_TO_BE_REPLACED

INNERKIP, ONT- Mike Lichty will becoming back to race in the ISMA Supermodifieds in 2018. The plan is for Lichty to contend for the  title in ISMA in 2018. The series will kickoff their 2018 season at the Monadnock Speedway on  for a 75 lap race. ” Well first of all, we just want to put a big thanks out to the promoter (Larry Cirillo) and everybody involved at the (Monadnock) speedway for signing us on. I know everybody seems to be extremely excited on their end for us coming and same as on our end for us going there and opening the season up.”

Lichty does not have much knowledge of Monadnock. He has been talking to some modified drivers such as Rob Summers and those drivers believe that ISMA will put on a good show up there. Lichty believes the track will be extremely racy and have more than one groove with a lot of passing. ISMA has usually opened up the season at Oswego but he believes its nice to open up the season at a new track at Monadnock Speedway for the opener.