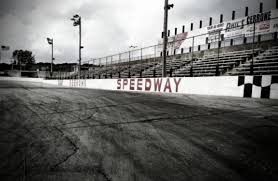 On Saturday, May 2, the annual Custom Car Show & Go will be rocking the main parking lot. The cars will start rolling in early in the am, with the show beginning at 10am. Cruisin’ Bruce Palmer will be spinning the oldies as the fans enjoy the walk back in time.

While the car show is being enjoyed, the NWAAS divisions will be getting ready for opening day with their final open practice session, which is open to all to enjoy at no charge.

At 1pm, the track will go silent for the weekly competitors, and open up for the GO portion of the Show & Go. The cars from the front parking lot show will have an opportunity to compete on the 1/3 mile oval in 100 foot drags. This has become one of the most popular parts of the Show & Go. It gives the drivers of these show pieces a change to compete one on one in a winner take all drag race.