WATERFORD, CT – The Granite State Pro Stock Series’ inaugural trip to New London-Waterford Speedbowl will be a race to remember for at least one driver, as the series’ champion will be crowned at the Bemer’s Big Show 150, on October 24.

Derek Griffith, who has enjoyed a breakout season, leads Barry Gray by 40 points entering the event. Griffith has picked up a total of four wins in this campaign, the most this season by any driver, after earning his first career win in April, at Claremont Speedway.
END_OF_DOCUMENT_TOKEN_TO_BE_REPLACED

WATERFORD — All throughout 2015, New London Waterford Speedbowl SK Modified driver Diego Monahan has been successful taking one race at a time.

So what will happen on a night where there are two races scheduled?

Monahan says his game plan for the Laps for Lupus Twin SK 30s Saturday at the Speedbowl will be the same as it always is.
END_OF_DOCUMENT_TOKEN_TO_BE_REPLACED 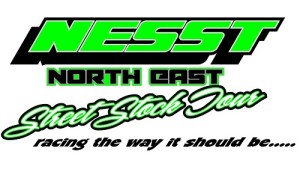 WATERFORD, CT – Josh Galvin becomes the fifth different winner in six races on the North East Street Stock Tour, as he picked up the victory in the A-1 Auto Center/Stebbins Discount Stump Grinding event at New London-Waterford Speedbowl.

Galvin started on the pole of the 35-lap feature, but was quickly overtaken by former track champion Chris Douton. The battle would ensue again on lap 7, as Galvin fought his way back to the lead. Another former track champion, Jim Boyle joined the battle, as the top three began to break away from the pack. Boyle made a move to challenge Douton, and the two were side-by-side for numerous laps, which allowed Galvin to open a sizable lead.
END_OF_DOCUMENT_TOKEN_TO_BE_REPLACED

NEW LONDON-WATERFORD SPEEDBOWL NOTES:
The New London-Waterford Speedbowl opened on April 15, 1951. It began as a 1/3 mile crushed blue stone oval race track, but was quickly paved due to excessive dust. The initial owners were actually 6 local businessmen, and called themselves The New London-Waterford Speedbowl, Inc. The original headlining division were called Sportsmen Stocks, which are now considered Modifieds.

END_OF_DOCUMENT_TOKEN_TO_BE_REPLACED

WATERFORD, CT – The North East Street Stock Tour is heading into the final stages of the season, and will begin the southern portion of the schedule on Saturday, August 29, at New London-Waterford Speedbowl.

Former champion (1997-98) Chris “Moose” Douton is looking to rebound at his home track, after experiencing his first finish outside the top four. Douton was involved in an incident at Speedway 51 (NH), which led to a drop in the championship standings.
END_OF_DOCUMENT_TOKEN_TO_BE_REPLACED

Waterford, CT (August 15, 2015)- Things got a little more interesting in the race to the championship at New London-Waterford Speedbowl Saturday Night. On a night where only one division points leader saw victory, 4 other division leaders saw their championship battles get a little closer. Al Stone III extended his points lead in the Limited Sportsman division with a feature win. He now holds a 63 point lead over Monte Gibbs. Diego Monanhan, added to his points lead after finishing 3rd in last night’s SK Modified feature. Ken Cassidy Jr. continued his hot streak in the Mini Stocks, winning for the 2nd time in as many races. Cassidy is 2nd in points behind Wayne Burroughs, who finished 2nd to Cassidy last night. Joey Ternullo returned to victory lane in the Legends feature, which saw a change atop the championship standings when points leader Kyle Rogers was unable to finish the race after an early wreck. Late Model points leader Jason Palmer lost some ground, but not much, to Keith Rocco. Rocco, who came into the night 2nd in points, won the 50 lap feature by a country mile. Palmer still holds a 29 point lead after finishing 2nd.
END_OF_DOCUMENT_TOKEN_TO_BE_REPLACED