Angelo Belsito defended his home track in dominant fashion going three for three in the 2019 D.A.V. Fall Classic. On a perfect day for racing, the Auburn MA driver was virtually just that in scoring his first D.A.V. as well as his first GSPSS victory.

The afternoon’s competition kicked off with the Crazy Horse Racing race for the pole and It was Belsito going out in the last group and jumping to the top of the board. Belsitos time of 12.377 seconds would give him the pole for the first of three heat races.

END_OF_DOCUMENT_TOKEN_TO_BE_REPLACED

DAV Fall Classic up next for GSPSS

DAV Fall Classic up next for GSPSS

Seekonk Ma. – For the first time ever, the D. Anthony Vandetti Fall Classic at Seekonk Speedway will be a Granite State Pro Stock Series sanctioned event. This annual year-end race has been held since 1992 and features Pro Stocks headlining what is sure to be a fantastic afternoon of racing.

As race day approaches, excitement is building for both Seekonk regulars as well as GSPSS teams and staff. Series president Mike Parks stated, “We are honored to have been asked to be a part of this great event. We look forward to teaming up with the staff and teams from this historic race track and put on a great show”.

END_OF_DOCUMENT_TOKEN_TO_BE_REPLACED

Seekonk, Massachusetts – Travis Benjamin did all that he could do in his quest for a third Pro All Stars Series North Super Late Model championship, winning the season-ending 150-lapper at Seekonk Speedway. A seventh-place finish turned in by defending champion DJ Shaw proved to be enough to hold off Benjamin’s rally in the title bout. It is the third PASS North Super Late Model championship for Shaw, his family team and chief supporters Julio & Rita Miglioli.
END_OF_DOCUMENT_TOKEN_TO_BE_REPLACED

NAPLES, ME (October 24) – For the first time since 2010, the final race for the Pro All Stars Series (PASS) North Super Late Model season will be at a track other than Oxford Plains Speedway. On Saturday afternoon, New England’s fastest Super Late Models will complete for 150 laps at Seekonk Speedway in Massachusetts, along with the Haunted Hundred for the Tri-Track Open Modified Series. It will be the first time PASS has held an event on the quarter-mile track at Seekonk since 2012.
END_OF_DOCUMENT_TOKEN_TO_BE_REPLACED 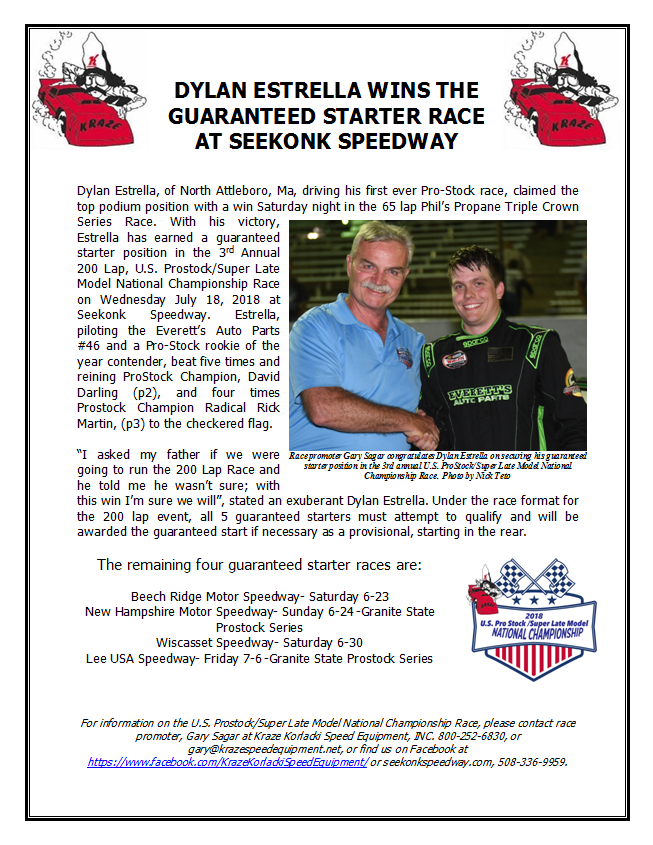 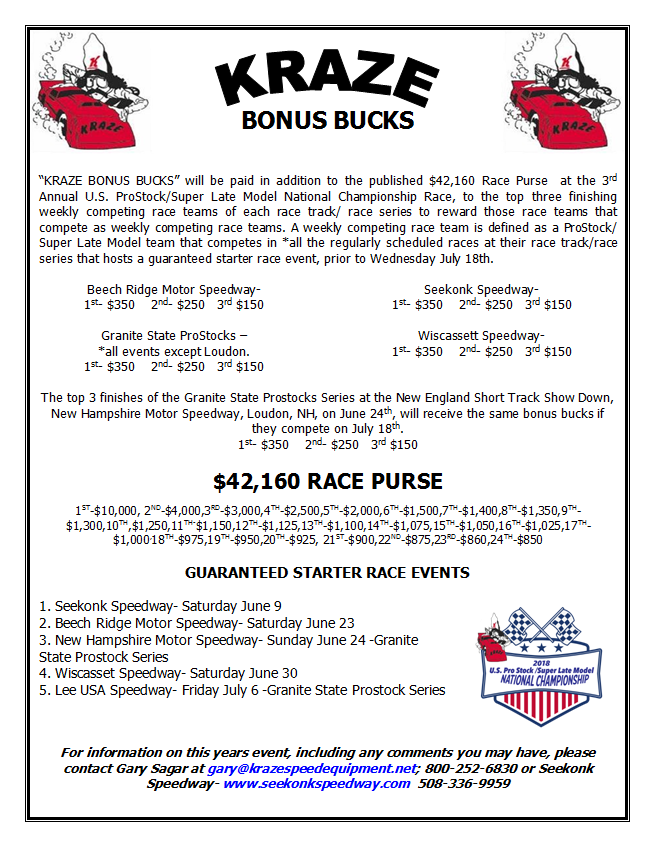